The Urge to Return 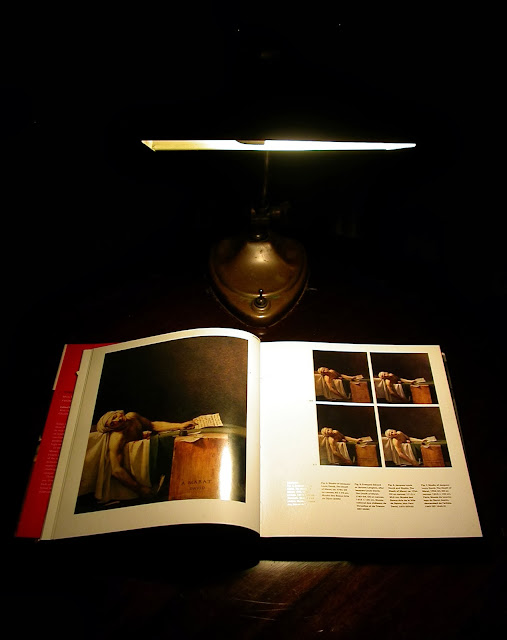 In Search of the Real Marat, Digital Image, 2014

Quin’s exhibition ‘The Urge to Return’, rather than limiting itself to the presentation of recent painting uses the Ex Libris gallery as a space of demarcation. The lines of demarcation between concerns held within painting (2012-2014) and the provisional animations of ‘Repetition’ (2010) and‘In Search of the Real Marat’ (2013) are however, elastic.

The exhibition draws a line under  Quin’s previous concerns in painting, best described as the deliberate embrace of paintings tropes, multiplicity of approaches to image-making,materiality of paint and painting’s inner differentiatedness experienced within what can be categorised as the uncanny.

The ‘return’ that the exhibition refers  to is an interest in how interdisciplinary dialogues may be initiated between painting and time based media in order to reinvigorate paintings ability to represent duration as a static image and secondly, in the role that repetition plays as a dynamic force in both static and time based media’s attempt to represent duration. Although these interests are embryonic in Quin’s work from 2005 onwards, they are repeatedly shelved, postponed and deferred until‘Repetition’,(2010) an installation consisting of 360 drawings on found books, where each drawing is made from memory of its predecessor -shown at The Bluecoat, Liverpool as part of the Global Studio exhibition curated by Sara Parsons.

It is this work that prompted Quin to  return to the questions of repetition and duration with focus, founding as it does, the research question for his current practice-based PhD at the University of Newcastle upon Tyne.
http://gavinrobson.wix.com/ex-libris-gallery#!portfolio/cjg9